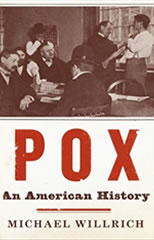 Prologue. NEW YORK, 1900. Manhattan’s West Sixty-ninth Street no longer runs from West End Avenue to the old New York Central Railroad tracks at the Hudson River’s edge. In the space now occupied by aging high-rise condominium towers and their long shadows, there once stood a low-slung street of tenements and houses. At the turn of the twentieth century, it was said to be the most thickly populated block in the most thickly populated city in the United States of America. Someone called it “All Nations Block,” and, being a pretty fair description of the place, for a while the name stuck. A brisk walk from the fashionable hotels of Central Park West, All Nations Block was a rough world of day laborers, bricklayers, blacksmiths, stonemasons, elevator runners, waiters, janitors, domestic servants, bootblacks, tailors, seamstresses, the odd barber or grocer, and, far outnumbering them all, children. Each morning, the children streamed east to Public School No. 94 at Amsterdam Avenue or to the crowded kindergarten run by the Riverside Association at 259 West Sixty-ninth Street. That same foot-worn building housed the charitable association’s public baths; in any given week, four hundred men or more paid a nickel for a towel, a piece of soap, and a shower that had to last. The tenement dwellers of All Nations Block did not choose their neighbors. It was the kind of place where an itinerant black minstrel actor, feeling feverish and far from his southern home, could find a bed for a few nights, in a great warren of rooms whose other occupants were Italian, Irish, Jewish, German, Swedish, Austrian, African American, or simply, so they said, “white.” The men of the West Sixty-eighth Street police station knew the block and its ways well. The policemen came when the neighbors brawled, when jewelry went missing in an apartment by the park, or when the Irish boys of the All Nations Gang got too rough with the Chinese laundryman on West End Avenue. The police came once again on the night of November 28. A forlorn and drunken stonemason named Michael Healy, imagining himself to be under attack in his room (“They’re after me,” he had shouted, “See those black men!”), had hurled himself through a fourth-floor window and fell, in a cascade of glass, to, or rather through, the ground below. The Irishman made a two-by-two-foot hole in the surface, breaking through to some long-forgotten trench near the building’s cellar. A neighborhood boy ran to the Church of the Blessed Sacrament on West Seventieth Street and summoned a priest. When the priest arrived, he crawled right through the hole and into the trench, which was already crowded with police, an ambulance surgeon, and Healy’s broken but still breathing body. Before this subterranean congregation, the priest administered last rites. That was the way things went on All Nations Block. It was the night before Thanksgiving, the first of the new century. ...