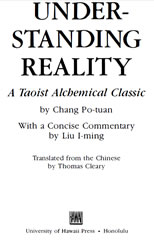 Foreword. Taoism, in many forms, has long had an important role in the development of Chinese civilization, particularly in the fields of natural science, medical arts, and psychology. A n extremely complex phenomenon, Taoism has used many media of expression and influenced many realms of thought and action through its long history. Among its modes of projection and spheres of influence may be counted philosophy, politics, religion, folklore and mythology, satire and other forms of humor, visual art and design, poetry, music and song, drama and fiction, herbal and psychosomatic medicine, physical education, martial arts , military strategy, and alchemy, both material and spiritual. ...