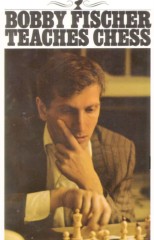 Here is the fastest, most efficient, most enjoyable book on chess ever compiled. YOU. as the student start at the beginning and progressively develop your skills as you apply Bobby Fischer's princi pies and learn how to play Chess the Bobby Fischer way. When you finish this book, you will not be able to beat the greatest Chess player the world has ever known, BUT you will be a much better Chess player than you were. Bobby Fischer was born in Chicago, Illinois, in 1943. He was introduced to Chess and learned the moves when he was six years old. ln his teens he achieved international prominence by winning every United States Chess competition for four years running without the loss of agame. He was the youhgest International Grandmaster in Chess history. ...