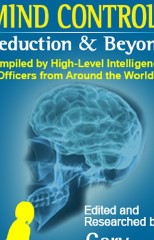 Mind control techniques : Tell the Truth, the Whole Truth, and Nothing But the Truth. This can be highly effective and very convincing, if you know your subject material well, and are a good speaker. ... And IF the truth is really what you want your audience to hear and believe. The Truth, as a matter of habit, has some disadvantages: You have to learn and remember a whole lot of facts, and keep them straight in your head. The facts might not always be what you wish them to be. And, alas, the truth is sometimes very boring... Lie. This one is simple, straight-forward, and obvious. Just lie and say whatever you want to. It has the advantages that you don't need to memorize so many facts, and you can make up new facts when the currently-existing ones don't suit your purposes. The disadvantages are that you might get caught in a lie, and that would destroy your credibility. "You're never going to make it in politics. You just don't know how to lie." Richard M. Nixon Secret Lives of the U.S. Presidents, Cormac O'Brien, page 228. Lie By Omission and Half-Truths. This is also known as Suppressed Evidence. This one is more subtle. It has the advantage that you can't get caught in a lie, because everything that you say is true. You just happily fail to mention all of those bothersome little facts that do not support your point of view. Should a critic point out one of those annoying undesired facts, you can at least feign innocent ignorance, or claim that the fact is really just an unimportant, trivial detail, not worth mentioning. For example: In 1908, the Lutheran minister Dr. Frank Nathan Daniel Buchman got into a squabble over money with the trustee committee of their hospice for young men in Philadelphia, and in an angry huff, Buchman resigned and got on a boat for Europe. He ended up at a large religious convention in Keswick, England, where he felt that he had a spiritual transformation. He felt moved to write letters of apology to all six of the trustees with whom he had squabbled, humbly asking their forgiveness. Buchman said that none of them even bothered to answer his letters. That was rather unkind of them, wasn't it? No wonder Buchman had a disagreement with them, if they were really so haughty and so inconsiderate that they would not even acknowledge a man's humble apology and request for forgiveness... There is just one small detail that Frank Buchman left out in his telling of that story: Buchman didn't put any return address on the envelopes that he mailed back to Philadelphia. ...