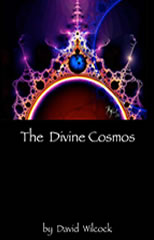 On September 11, 2001, the Earth was rocked by a meticulously planned strike at the financial and military heart of the world’s last superpower, as ordinary passenger airliners turned into weapons of mass destruction, reducing the twin towers of the World Trade Center to a pile of rubble and exploding one wing of the Pentagon. Prior to this event it was quite common for the general public to proclaim that everything was “normal” and ignore many obvious signposts that humanity, the Earth and solar system at large were all undergoing tremendous, unprecedented change, which includes the following ever-increasing trends: • A 410-percent increase in the overall number of natural catastrophes on Earth between 1963 and 1993 (Dmitriev 1997) • A 400-percent increase in the number of quakes on Earth (over 2.5 on the Richter scale) since 1973 (Mandeville 1998) • A 500-percent increase in Earth’s volcanic activity between 1875 and 1993 (Mandeville 2000) • 9 out of the 21 most severe earthquakes from 856-1999 AD occurred in the 20th century (Russian National Earthquake Information Center, 1999) • A 230-percent increase in the strength of the Sun’s magnetic field since 1901 (Lockwood, 1998) • A 300-percent increase in the amount of “severe” solar activity than what was formally predicted for the year 1997 alone (NASA 1998) • 400-percent or higher increases in the speed that solar particle emissions are capable of traveling through the energy of interplanetary space (NASA 1997-2001) • Recent magnetic pole shifts of Uranus and Neptune, as Voyager 2 observed their magnetic axes being significantly offset from their rotational axes (Dmitriev 1997) • Visible brightness increases now being detected on Saturn (Dmitriev 1997) • 200-percent increase in the intensity of Jupiter’s magnetic field from 1992 -97 (Dmitriev 1997) • 200-percent increase in the known density of Mars’ atmosphere encountered by the Mars Surveyor satellite in 1997 (NASA 1997) • Significant melting of Martian polar icecaps in just one year, clearly seen in satellite photography (NASA 2001) • Significant physical, chemical and optical changes on Venus, including a sharp decrease in sulfur-containing gases in its atmosphere and increasing brightness (Dmitriev 1997) If we remember that the Sun contains fully 99.86% of the mass in the Solar System, then we can easily see that it wields the strongest thermal, gravitational and electromagnetic influence. In this book we will identify a clear physical mechanism that is causing our Sun to experience remarkable changes. These significant energetic changes in the Sun are then radiated outwardly via the “Solar Wind,” dramatically increasing the charge and permeability of interplanetary space, causing charged particles to travel more quickly much as a droplet of water dashes around on a sizzling hot pan. The electromagnetic fields of the planets then absorb this increased energy flux, producing anomalous changes including internal heating, increases in earthquakes, volcanism and other natural catastrophes, increases in brightness and even magnetic pole shift. Though Western science is not yet equipped to explain how such changes as earthquakes could be caused by an “outside” energetic influence, the full mystery is known amongst Russian scientific circles, and is easily explained by correcting certain fundamental errors in our prevailing concepts. Not surprisingly, the mainstream media gives almost zero coverage of even the most basic of the changes we have listed. Even in the Internet-dominated Western alternative / metaphysical media, one only hears about the changes in solar activity and increases in Earth’s cataclysmic activity on occasion. Thus, a basic media-induced blindness of the workings of our own Earth and Solar System allowed most people to say that everything was “normal,” prior to 9-11-01. And yet, in the wake of the September 11, 2001 terrorist attack, it is undeniable to almost everyone that certain ancient prophecies, such as those of the Judeo-Christian Bible, the Hopi, the Maya, the Hindu, the Buddhist and the aboriginal, appear to be taking place almost line by line. Increasing wars, diseases, earthquakes, volcanoes, droughts and other natural cataclysms, which eventually lead up to a “pole shift,” all follow the pattern of “tribulations” that have been predicted by literally almost every source of religion or prophecy that has been recorded. That such tribulations are upon us now is evident, and easily proven scientifically. What most adherents to these various teachings do not realize is that these phenomena are being caused by a fundamental energetic change taking place throughout the entire Solar System. When most people think of “Biblical prophecy,” their mind immediately conjures up images of chaos, apocalypse and destruction, often believing on some level that the Earth is to be annihilated and there is little if anything to be done about it. A certain, noticeably smaller cluster of groups, associated with the now-distasteful label of “religious fundamentalists,” are essentially standing by and waiting for Jesus to return and lift their own sect of “chosen” followers up to heaven in a “rapture” event, to the exclusion of all other sects. They also believe that the Earth will have “a thousand years of peace” after this event, and that after being “taken up,” they will return to Earth in some newly transformed condition. Conventional science has no provision whatsoever for such a notion to even be discussed, much less proven, and thus it is tossed to the side without a second thought. Furthermore, the exclusivist nature of such denominational groups is extremely distasteful to all those who refuse to accept the dogma. Enter our next subculture of discussion, the ever-increasing majority of the population who are actively interested in alternative spirituality, ancient cultures, prophecy, secret mystery schools, indigenous teachings, sacred geometry, extraterrestrial / angelic visitations, exotic physics and the like. Although there are an enormous number of books available on these topics, the Internet has brought these concepts home to a far wider audience in a way that was never before imagined. It is from this increasing subculture that a new paradigm has been struggling to emerge; a paradigm that offers unforeseen insights into the nature of reality and our place within that reality. It is a paradigm of “initiation,” where one ceases to adhere to reductionist scientific ideals and instead becomes aware that a higher spiritual reality underlies all of physical existence as we know it. ...