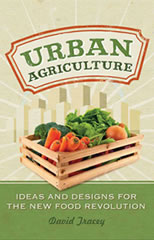 Introduction. The city of the future is green and delicious. It is also creative and busy and messy and fun and beautiful-although the last two points were lost on the residents of the Vancouver waterfront neighborhood where I recently tried to lead a public meeting. I was there to explain a proposal for a community garden that was to be tended by neighbors from a world of backgrounds. It was part of a government-funded program to help immigrants and Canadian-born residents build a more welcoming society by growing organic food together. I figured it would be an easy sell because it was about food and came with a feel-good bonus. At least 40 percent of the gardeners were to be foreign-born (matching the population of the downtown peninsula) and all were to attend workshops on racism, intercultural communication and inclusive group governance. Behind the proposal was the idea that Vancouver's visible success as a multicultural city wasn't telling the whole story. It can take years for newcomers to Canada to feel a sense of belonging. So bringing a diverse group of immigrant and Canadian-born residents together to speak the same language-vegetables-was an experiment in social harmony. It would help transform Vancouver from a mere multicultural city, where you might wave to the Punjabi neighbors whose names you can never recall, to an intercultural city, where you actually know who they are and maybe even care about them because they're your friends and you're going to see them at the next block potluck or community center canning workshop or neighborhood food network meeting. ...