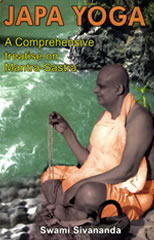 Sri Swami Sivananda. Born on the 8th September, 1887, in the illustrious family of Sage Appayya Dikshitar and several other renowned saints and savants, Sri Swami Sivananda had a natural flair for a life devoted to the study and practice of Vedanta. Added to this was an inborn eagerness to serve all and an innate feeling of unity with all mankind. His passion for service drew him to the medical career; and soon he gravitated to where he thought that his service was most needed. Malaya claimed him. He had earlier been editing a health journal and wrote extensively on health problems. He discovered that people needed right knowledge most of all; dissemination of that knowledge he espoused as his own mission. It was divine dispensation and the blessing of God upon mankind that the doctor of body and mind renounced his career and took to a life of renunciation to qualify for ministering to the soul of man. He settled down at Rishikesh in 1924, practised intense austerities and shone as a great Yogi, saint, sage and Jivanmukta. In 1932 Swami Sivananda started the Sivanandashram. In 1936 was born The Divine Life Society. In 1948 the Yoga-Vedanta Forest Academy was organised . Dissemination of spiritual knowledge and training of people in Yoga and Vedanta were their aim and object. In 1950 Swamiji undertook a lightning tour of India and Ceylon. In 1953 Swamiji convened a 'World Parliament of Religions'. Swamiji is the author of over 300 volumes and has disciples all over the world, belonging to all nationalities, religioDS and creeds. To read Swamiji's works is to drink at the Fountain of Wisdom Supreme. On 14th July, 1963 Swamiji entered Mahasamadhi. ...