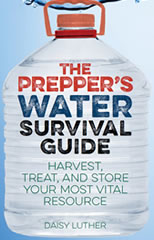 Introduction. If you’ve been prepping for a while, you’ve probably heard of the survivalist’s “Rule of Three.” You can survive : Three minutes without air. Three days without water. Three weeks without food. If a disaster has hit and you’re still breathing, then your next concern has got to be water. Have you ever watched any of those survival shows on the Discovery Channel, where people are dropped off in the middle of nowhere and left to survive with limited tools and supplies? In nearly every single episode, the biggest issue is finding and purifying water. Often, they wait so long that they become desperate and engage in risky behavior, like drinking water from a stagnant pool. In one particularly notable episode, the contestants had to be rescued because they became too weak from dehydration to seek water. ...