Fengjia Zhu - The book of spies 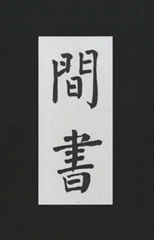 Foreword. Prompted by inimical events, including the devastating Taiping rebellion and a Miao uprising that he was tasked to eradicate, Zhu Fengjia turned to ancient military texts like the Art of War for strategic solutions and became mesmerized by spycraft, especially the activist aspect of disrupting the enemy through estrangement measures. His success in employing intelligence measures and revitalized techniques on the local level as he struggled to suppress local bandit movements confirmed the validity of his quest. The volume at hand thus sprang from necessity, both experienced and perceived, rather than idle curiosity. Although Jian Shu - Book of Spies - was written by a government official, however lowly, its origins are not without controversy. In seeking to repress uprisings against the purportedly legitimate Qing, Zhu definitely felt his motives were righteous. 1 But because the Qing was a conquest dynasty, one that had been forcefully imposed despite the Jurchen's comparatively insignificant power (with perfidious Chinese cooperation), over the years so-called Ming loyalists, outright patriots, and contemporary Chinese analysts have condemned his willingness to sustain an oppressive regime that nevertheless proved too effete to counter foreign coercion. While some might claim Qing domination wasn't a great shame for China, it can't be denied that concerted action by a fraction of the populace could have easily ovetwhelmed their Manchu conquerors at any time. Unfortunately, cowered into submission and covetous of official position, innumerable scholars and officials unabashedly sanctified the government's legitimacy and cooperated willingly. ...