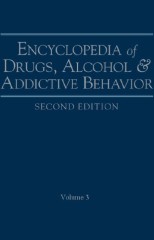 RACIAL PROFILING ‘‘Profiles,’’ formal and informal, are common in law enforcement, particularly in narcotics law enforcement. They consist of general characteristics and features that might make a law enforcement officer suspicious. In some instances, law enforcement agencies formulate and disseminate formal profiles to officers to guide their investigative actions. Even when profiles are not formally maintained, however, officers inevitably rely on their past experience to generate informal profiles for whom to follow more closely, approach, stop, or question. There is nothing wrong with profiling as a general practice, but when race becomes a factor in a profile, serious constitutional and ethical issues arise. Racial profiling is the use of racial generalizations or stereotypes as a basis for stopping, searching, or questioning an individual. Racial profiling received a great deal of attention in the United States in the late 1990s as a result of a series of prominent incidents and the release of data on police practices from several jurisdictions. The data consistently showed that African Americans and Hispanics are disproportionately targeted by law enforcement for stops, frisks, and searches. Court records showed, for example, that in Maryland African Americans made up 70 percent of those stopped and searched by the Maryland State Police from January 1995 through December 1997, on a road on which 17.5 percent of the drivers and speeders were African American. A 1999 report by the New Jersey Attorney General found that 77 percent of those stopped and searched on New Jersey highways are African American or Hispanic, even though, according to one expert, only 13.5 percent of the drivers and 15 percent of the speeders on those highways are African American or Hispanic. An Orlando Sentinel analysis of 1,000 videotapes of Florida state trooper traffic stops in 1992 showed that on a road where 5 percent of the drivers were African American or Hispanic, 70 percent of those stopped and 80 percent of those searched by the Florida state police were African American or Hispanic. Racial targeting need not be expressly invited by a profile. Consider, for example, the U.S. Drug Enforcement Agency’s (DEA) drug courier profile for airports. All the factors listed below have been identified by DEA agents in court testimony as part of the DEA’s drug courier profile: arrived late at night arrived early in the morning arrived in afternoon one of first to deplane one of last to deplane deplaned in the middle bought coach ticket bought first-class ticket used one-way ticket use round-trip ticket paid for ticket with small denomination currency paid for ticket with large denomination currency made local telephone call after deplaning made long-distance telephone call after deplaning pretended to make telephone call traveled from New York to Los Angeles traveled to Houston carried no luggage carried brand-new luggage carried a small bag carried a medium-sized bag carried two bulky garment bags carried two heavy suitcases carried four pieces of luggage overly protective of luggage disassociated self from luggage traveled alone traveled with a companion acted too nervous acted too calm made eye contact with officer avoided making eye contact with officer wore expensive clothing and gold jewelry dressed casually went to restroom after deplaning walked quickly through airport walked slowly through airport walked aimlessly through airport left airport by taxi left airport by limousine left airport by private car left airport by hotel courtesy van suspect was Hispanic suspect was African-American female. ...