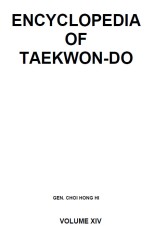 The name of the pattern. the number of movements. and the diagrammatic symbol of each pattern symbolizes either heroic figures in Korean history or instances relating to histories! events. CHON-JI : DAN-GUN: DO-SAN: WON-HYO: YUL-GOK: rneans literally " the Heaven the Earth" . Il is, in the Orient. interpreted as the creation of the wortd or the beginning of human history, therefore, it is the initial pattern played by the beginner. This pattern consists of two similar parts; one to represent the Heaven and the other the Earth. is named after the holy Dan -Gun. the legendary founder of Korea in the year of 2.333 B.C. is the pseudonym of the patriot Ahn Chang-Ho (1876-1938). The 24 movements represant his antire fife which he devoted to furthering the education of Korea and its independance movement. was the noted monk who introduced Buddhism to the Silla Dynasty in the year of 686 A.D. is the pseudonym of a great philosopher and scholar Yi 1 (1536- 1584) nicknamed the "Confucius of Korea". The 38 movements of this pattern refer to his birthplace on 380 latitude and the diagram (-±-) represents "scholar. JOONG·GUN: is named alter the patriot Ahn Joong-Gun who assassinated Hiro -Bumi lto, the first Japanese governor-general of Korea. known as the man who played the leading part in the KoreaJapan merger. There are 32 movements in this pattern to represent Mr. Ahn's age when he was executed at Lui-Shung TOI -GYE: prison (1910). is the pen name of the noted scholar Yi Hwang (16th century), an authority on neo-Confucianism. The 37 movements of the pattern refer to his birthplace on 370 latitude. the diagram (±) represents " schotar. ...